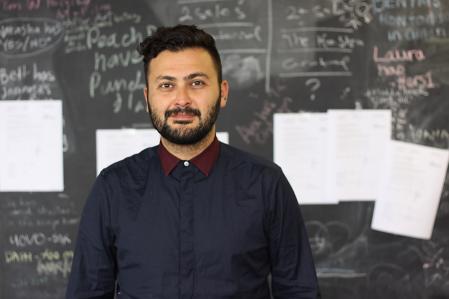 Entry is now open to the 2016 National Contemporary Art Award to be judged by celebrated international curator Misal Adnan Yildiz, and managed by Waikato Museum.

The National Contemporary Award has since the year 2000, promoted and celebrated New Zealand’s contemporary artists. This year, the first prize winner will receive $20,000.

Waikato Museum director Cherie Meecham welcomes the opening of the award which has continued to attract more entries and gallery visitors every year.

“This award has documented New Zealand contemporary art for 17 years now and provides a platform for artists to show their work.

“We’re very pleased to announce an increased prize pool this year but this award represents more than winning; the opportunity for our finalists to exhibit their work in a high profile gallery for three months is not to be underestimated.”

Originally from Turkey, this year’s award judge Misal Adnan Yildiz, is the director of ArtspaceNZ.  The former artistic director of Künstlerhaus Stuttgart has curated and collaborated on numerous art projects internationally and has held a significant number of solo exhibitions.

Entry to the National Contemporary Art Award is open until 12pm, 9 June 2016. Entry to the award is online here.


The winner of the 2016 National Contemporary Art Award will receive S20, 000 from the major sponsors, Chow:Hill and Tompkins Wake.

This year’s award also has three merit award prizes of $1,000 sponsored by the Friends of Waikato Museum, Random Art Group and David’s Emporium.