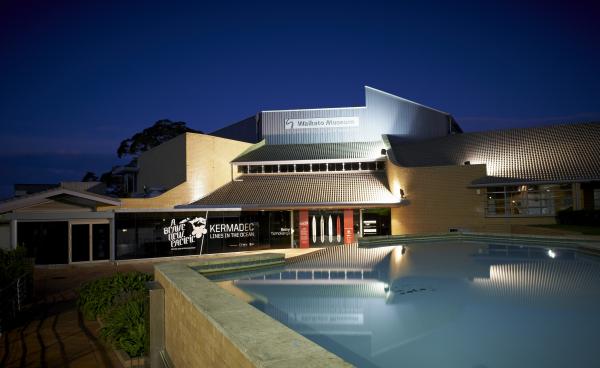 Waikato Museum director Cherie Meecham says these are the highest January visitor numbers recorded since 2011 when the museum hosted the blockbuster touring exhibition Hatching the Past: Dinosaur Eggs and Babies.
“Our galleries have been buzzing over the summer holiday period and this is evidence of the work that has gone into the development and promotion of a lively exhibitions and events programme, and a team focus on customer experience.”

Highlights for 2016 at Waikato Museum include the blockbuster touring exhibition Da Vinci Mechanics opening 27 February until 29 May 2016. Te Whaanau Maarama: The Heavenly Bodies opens from 28 May to 13 July, a ground-breaking exhibition which shines the spotlight on Maaori astronomy and examines the traditional Maaori societal view of the night sky and how it’s being revitalised in the modern world.

In June, nostalgia rules as the nation’s longest running television series salutes its 50th anniversary in an exhibition from 11 June to 18 September exclusive to Waikato Museum and timed to coincide with National Fieldays at Mystery Creek. Examining the programme’s unique blend of information and personal narrative Country Calendar: 50 Golden Years will include artefacts, audio and video, a series of Waikato-based stories and an overview of the programme’s nation-wide lens.