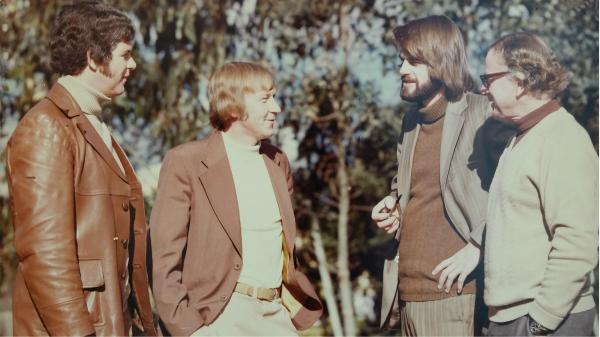 Hyundai Country Calendar has chosen Waikato Museum as the venue for an exhibition to celebrate 50 years on air next year. Country Calendar: 50 Golden Years will open from 11 June – 28 September 2016.

Waikato Museum Director Cherie Meecham says the Museum welcomes the opportunity to work with the Hyundai Country Calendar team to develop an exhibition to mark a national broadcasting milestone.

“The decision to stage an exhibition here in the heart of the Waikato, to open during NZ National Agricultural Fieldays is an ideal tribute to New Zealand’s longest-running television show.

“The Waikato region contains some of the most productive land in New Zealand and the world, and Waikato Museum is central to that.

“We are working closely with the Country Calendar team to develop an off-air experience of this iconic show that follows Country Calendar’s successful formula of having people central to the story.”

“We know from all the feedback we get that the show is very close to people’s hearts – and we also know from the ratings that it remains one of the most-watched TV programmes in the country.

“Because it’s so popular, we really like the idea that people can experience Country Calendar in a different way, off-screen.”

Hamilton, especially during Fieldays, is the perfect location, he says.

“Waikato really is New Zealand’s rural heartland, but it has a very large urban population – and the region reflects Country Calendar’s audience, which is both rural and urban.

“And Fieldays is the perfect time to launch it, because so many visitors with an interest in rural matters will be in town.”