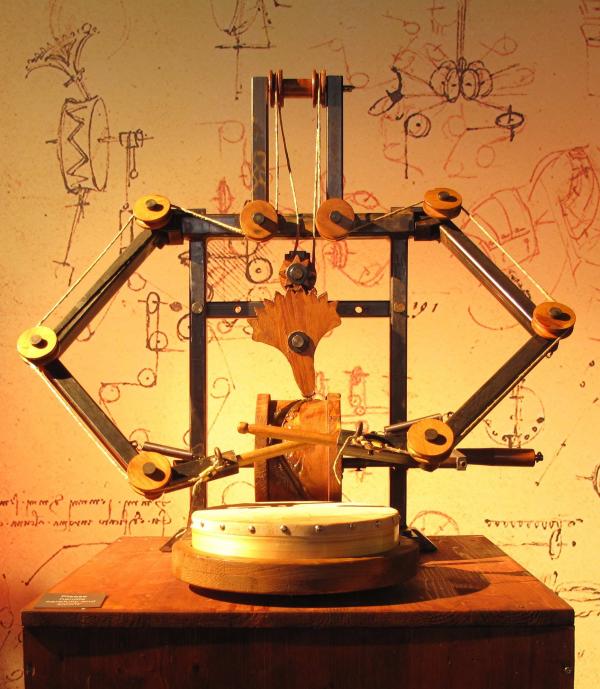 The major touring exhibition Da Vinci Mechanics will open from 27 February - 29 May 2016 at Waikato Museum.

Da Vinci Mechanics is a display of precise and interactive replicas of machines and robotics designed and described by Leonardo da Vinci in the 15th century, and hand-built in Italy.

Waikato Museum director Cherie Meecham says this exhibition will be a major highlight on the Museum’s calendar for 2016.

“The exhibition is an opportunity for visitors to learn about the different facets of Leonardo da Vinci’s brilliant mind. We’re particularly excited about the robotics content for our modern-day audience” she said.

“Da Vinci Mechanics has very strong links to the New Zealand education curriculum, and we’ve timed it for schools to visit during term one and two next year.”

More than 80 interactive machines and robotics based on the original drawings of Leonardo da Vinci include a mechanical lion, a vertical flying machine, a robot drummer, a giant flapping wing and many hydraulic and architectural innovations.

Visitors to the exhibition will be invited to touch and handle the models to gain a first-hand appreciation of how they work. Interactive displays and items will be accompanied by explanatory notes and illustrative panels featuring da Vinci’s drawings.