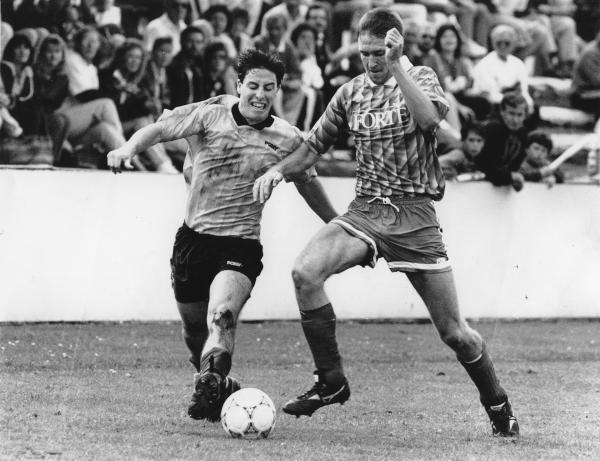 Football’s rich tradition in the Waikato is explored in an exhibition at Waikato Museum where visitors can test their skills and see the FIFA U-20 World Cup New Zealand 2015 trophy.

The Beautiful Game: The wonderful world of football will open on Saturday 23 May. Timed to celebrate football during the FIFA U-20 World Cup, visitors will also be able to have their photos taken with the FIFA trophy during the opening weekend from Saturday 23 – Sunday 24 May.

Waikato Museum Director Cherie Meecham says that the exhibition explores football’s heritage and goes beyond a static display to provide an authentic football experience for visitors.

“The Beautiful Game celebrates football at a regional, national and global level. However, taking sport into the gallery space doesn’t mean there will be no action. As well as hosting the trophy, we will have foosball and a one-on-one soccer court where visitors can practice their skill and learn some history at the same time.”

Visitors will learn about the distant origins of ‘The Beautiful Game’, its international evolution and its impact in New Zealand and the Waikato. A highlight is the Waikato Football Heroes section, which honours some of the players, coaches and administrators who have contributed to the development of the game in the region.

In June, New Zealand will host the FIFA U-20 Men’s World Cup. Eight matches will be played in Hamilton at Waikato Stadium. The tournament is a rare chance to see the superstars of tomorrow in action and one of the most significant international sporting events the city has hosted in recent years.

The Beautiful Game: The wonderful world of football will open at Waikato Museum from Saturday 23 May until Sunday 26 July 2015. Open daily from 10am – 4.30pm, entry is free.