All Black exhibition at Waikato Museum offers a family treat 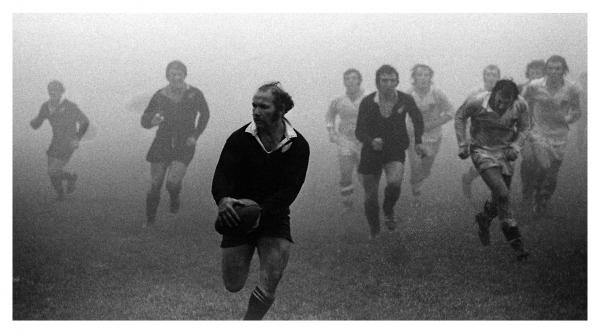 Rugby fans converging on Hamilton for the All Blacks vs Tonga rugby test this Saturday can include a pre-match trip to see some of the game’s iconic images at Waikato Museum.

The exhibition, Hard on the Heels – Peter Bush capturing the All Blacks, includes more than 100 images taken over 60 years by New Zealand’s leading rugby photographer, Peter Bush.  Mr Bush’s images capture great All Black moments on-field and off – the controversial, the contentious, and the candid. The exhibition includes a video featuring Mr Bush with veteran rugby commentator Keith Quinn reliving the captured moments as they reminisce about the players and the games.

Waikato Museum Director Cherie Meecham says, “We’re thrilled to host this free-entry exhibition while the All Blacks are in town, and the family friendly 2.35pm kick-off for the Test means fans can visit our exhibition before they head to FMG Stadium Waikato for the match.

“Older rugby fans will remember seeing many of Mr Bush’s photos published in newspapers up and down the country, and there’s a story behind every one of them.”

The photos include images of All Black greats Sir Michael Jones and Tana Umaga who are in Hamilton coaching the star-studded New Zealand Barbarian Legends (Jones) and the Pacific Legends (Umaga) for a curtain-raiser organised to raise awareness of diabetes and the obesity health challenges faced by Pacific people in New Zealand.  The curtain raiser kicks off at 12.10pm.

Former Chiefs players and All Blacks featured in the exhibition include Umaga, Ian Jones, Mike Muliaina and Jonah Lomu, with former Waikato legends harking all the way back to “The Boot”, Don Clarke.  Historic photos of the crowds and the post-match celebratory pitch invasions – a feature of the amateur game – show how rugby has changed over the decades.

The exhibition runs through until 1 December 2019, coinciding with the All Blacks pursuit of a third straight Rugby World Cup triumph in Japan, and the domestic Mitre 10 Cup competition featuring the nation’s top provincial teams – including Waikato.

Tickets for this weekend’s All Blacks vs Tonga Test are still available from www.allblacks.com