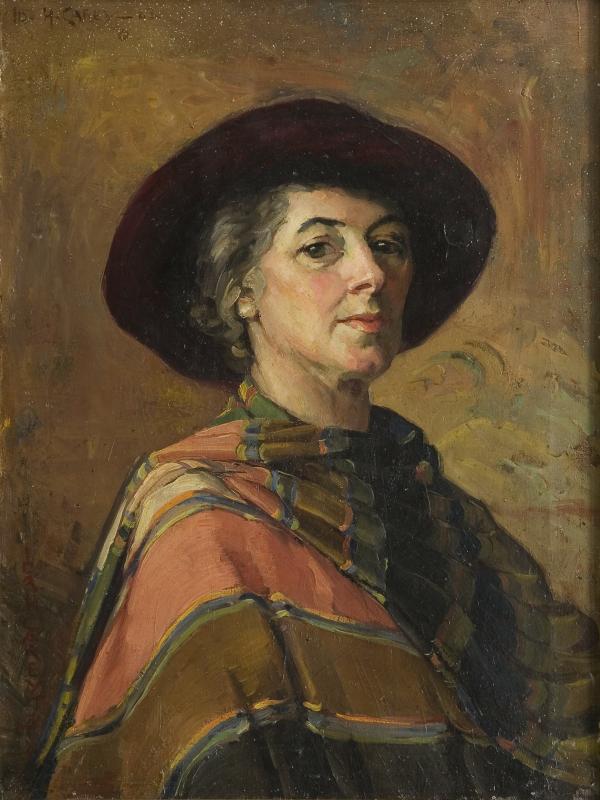 Self Portrait with Hat and Shawl (1943), Ida Carey, oil on canvas, collection
of Waikato Museum Te Whare Taonga o Waikato, gifted by the artist in 1980

As New Zealand reflects on the 125th anniversary of women’s suffrage, Waikato Museum Te Whare Taonga o Waikato is paying tribute to the influence of a pioneering female painter and her contemporaries on New Zealand art.

On now at Waikato Museum is an exhibition titled Ida Carey: A Contemporary Viewing. Open until 7 October 2018, the exhibition pairs paintings by prominent Waikato artist Ida Carey with artworks by fellow female artists of similar subjects made within a similar period.

Ida Harriet Carey (1891 – 1982) was a stalwart of the Hamilton art scene, having co-founded the Waikato Society of Arts in 1934. She is largely known for her portraits of Maaori women with taa moko, undertaken in her 70s and 80s.

Ida Carey: A Contemporary Viewing demonstrates her wider legacy by focusing on a broader range of her work. Developed by art historian and former Tauranga Art Gallery Director Penelope Jackson, the exhibition also features works by artists such as Rita Angus, Frances Hodgkins, and Dame Louise Henderson, to compare their subject matter, style, and technique.

“Ida Carey holds a special place in Waikato’s art history,” says Ms Jackson. “She was prolific, she was generous in sharing her skills and knowledge to fellow artists and students, and she captured the people and places of her beloved Waikato.”

The exhibition is timed to coincide with the Suffrage125 celebrations and seeks to highlight how the artist’s domestic situation impacted on their artistic output, such as access to travel or study opportunities.

Similarly, a number of Carey’s still-life paintings, one of which is featured in the exhibition, include an icon of the suffrage movement – white camellias.

“Those who have a good grounding in New Zealand’s history will know that Kate Sheppard and her supporters gave white camellias to Members of the House of Representatives who supported women’s suffrage,” says Ms Jackson. “Those who didn’t support it were given red camellias.”

To mark Suffrage Day on Wednesday 19 September, Ms Jackson will be at Waikato Museum from 5.30pm to talk about Ida Carey, the accompanying artists and their connection to suffrage.

Click here to register for this event, numbers limited.