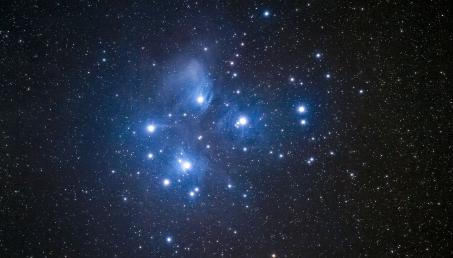 The mysteries of Matariki and Maaori astronomy will be illuminated in a thought-provoking public talk by Dr Rangi Matamua at Waikato Museum Te Whare Taonga o Waikato on Thursday, 3 August.

Dr Matamua is an associate professor at the University of Waikato’s Faculty of Maaori and Indigenous Studies, specialising in Maaori language, culture and history, and author of the recently published book Matariki: The Star of the Year.

Along with his colleagues Dr Hemi Whaanga and Dr Ann Hardy, he collaborated with Waikato Museum to curate Te Whaanau Maarama: The Heavenly Bodies, an exhibition which examines the traditional Maaori societal view of the night sky and how it is being revitalised in the modern world.

A manuscript initiated by Dr Matamua’s great-great-grandfather, Maaori astronomy tohunga Te Kōkau Himiona Te Pikikotuku, in 1898, complements his academic research, and Matariki: The Star of the Year weaves these strands of knowledge together.

The talk at Waikato Museum from 5.30pm – 6.30pm on 3 August will reveal the origins of how Matariki was observed so that it can be better understood and celebrated in our modern society.

Waikato Museum Director Cherie Meecham says it is a privilege to have partnered with Dr Matamua on Te Whaanau Maarama and have him share his expertise at his upcoming talk.

“There a very few people in Aotearoa who could hold a candle to Dr Matamua’s knowledge of Maaori astronomy, which makes this talk a must-do event,” she says.