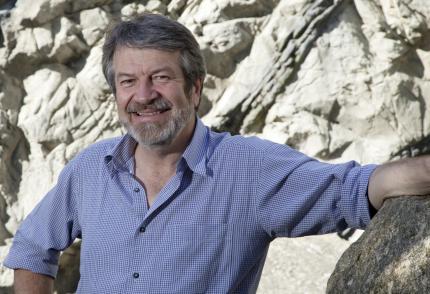 Waikato Museum Te Whare Taonga o Waikato will transform into a time portal on Sunday 30 July as one of New Zealand’s foremost science communicators takes visitors on a journey hundreds of millions of years into the past.

Geology and palaeontology expert Dr Hamish Campbell will reveal what Aotearoa New Zealand’s landscape was like in the time known as the Permian – 250-300 million years ago.

Dr Campbell’s talk supports Waikato Museum’s Permian Monsters: Life Before the Dinosaurs exhibition, which features life-sized moving models and fossilised skeletons of the bizarre-looking animals that once ruled the world.

As the GNS Te Pū Ao geologist in residence at the Museum of New Zealand Te Papa Tongarewa, Dr Campbell is well versed in presenting scientific ideas to the general public.

Of particular interest will be his tales from submarine expeditions working with an international team of scientists to find out more about the eighth continent of the world, Zealandia.

Waikato Museum Director Cherie Meecham says attracting a scientist and speaker of Dr Campbell’s calibre is a real coup for Hamilton and the Waikato.

“Dr Campbell is a rock star of the New Zealand scientific community and his talk will really enrich the experience of visitors to our Permian Monsters exhibition.”

Dr Campbell’s ‘A Permian Odyssey’ talk is from 3pm – 4pm on Sunday, 30 July at Waikato Museum. Entry is free but bookings are recommended as seats are limited. Go to waikatomuseum.co.nz/permianmonsters for details.