The Belgians Have not Forgotten at Waikato Museum 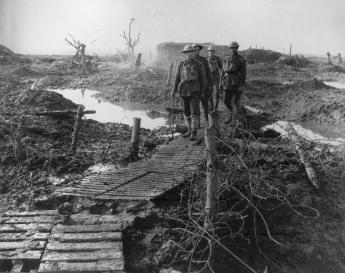 An exhibition honouring New Zealanders who fought and died in Belgium in World War One opens at Waikato Museum this Friday 14 April.

The Belgians Have Not Forgotten, developed by the Memorial Museum Passchendaele, is touring New Zealand and Australian venues to show the nations’ traumatic common history is not forgotten by the people of Belgium.

Featuring photographs, film footage, art and artefacts from the battlefields, the exhibition gives an insight into the war experience and highlights the commemorative events and memories of war which live on in Belgium.

Waikato Museum Director Cherie Meecham says the exhibition’s visit to Hamilton is especially poignant given the city’s special relationship with Ieper (Ypres) in Belgium. In 2013 a memorandum of understanding was signed between the two cities to foster cultural ties based on the shared history of the First World War.

“For the Belgian people to create such a moving tribute reflects the extremely high regard ANZAC soldiers are held in outside of our shores,” says Ms Meecham. “We are honoured to have this exhibition as part of our WWI centennial programme.”

The Belgians Have Not Forgotten is funded by the Federal Government of Belgium with support from the New Zealand Government.