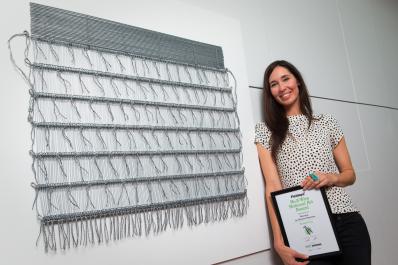 The 28 sculptural artworks selected as finalists for the 2017 Fieldays No. 8 Wire National Art Award prove the imagination and creativity of Kiwi artists and DIYers knows no bounds.

The annual award, partnered by Farmlands and managed by Waikato Museum, will launch this year’s Fieldays events, with a free exhibition at Hamilton’s ArtsPost from 21 April to 22 May.

Fieldays Head of Events Lee Picken says the No. 8 Wire National Art Award celebrates the foundations of the innovative Kiwi spirit in a creative form and has a special place in the Fieldays calendar.

“This award pays homage to Kiwi ingenuity and innovation, and encompasses the can-do Kiwi attitude. These artists never fail to capture the essence of No.8 Wire and it’s a really special start to this year’s Fieldays events.”

The finalists were selected through a blind judging process by Dr Robin Woodward, senior lecturer from University of Auckland’s Faculty of Art.

“The award always taps into the deep well of creativity and resourcefulness in our communities,” says Dr Woodward.  “This year’s entries are no exception to the variety of works and the standard we have come to associate with the award. The works selected as finalists this year reflect the ingenuity around the uses we find for no. 8 wire.”

From the 28 finalists, Dr Woodward will select the winning artworks which will be announced at the awards ceremony on Thursday April 20. The overall winner will receive $7,000, second and third place-getters will receive $1,000 and $500 respectively from the NZ National Fieldays Society. Society President Peter Carr will award the Fieldays President’s Choice Award, and visitors to the exhibition can vote for the People’s Choice Award.

This year the award is returning to its roots with a selection of artworks being displayed at the Fieldays event from 14-17 June at Mystery Creek Events Centre.

“The Fieldays No. 8 Wire National Art Award brings the country into the heart of our city,” says Waikato Museum Director Cherie Meecham. “It is Waikato Museum and ArtsPost’s privilege to be launching this year’s Fieldays activities with this fitting award and exhibition.”