Nandor Tanczos to speak on Rasta faith at Waikato Museum 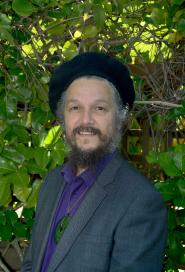 New Zealand’s most high-profile Rastafari, Nandor Tanczos, will give a public talk on the faith as Waikato Museum’s Bob Marley Exhibition draws to a close.

Mr Tanczos, 50, served three terms as a Green Party MP, famously ending his Parliament tenure by publicly smashing his wristwatch as a display of removing the “shackle” they make of time.

A social ecologist, researcher and political commentator, he is now a Whakatane District Councillor, the Chairperson of Permaculture New Zealand, and New Zealand’s only registered Rastafari marriage celebrant.

Mr Tanczos says his talk will cover the fundamentals of the Rastafari faith, including Ethiopian Emperor Haile Selassie (who Rastafari say is the Messiah foretold in the Book of Revelation), its history and some of the key individuals in its spread across the world – among them, Jamaican cultural icon Marley.

“Knowledge of Rastafari means living clean, being disciplined, educating oneself and working for the common good,” he says.

Mr Tanczos says he did not experience a “conversion” to the Rastafari faith – “I am Rasta, have always been Rasta,” he says – but he began to consciously seek out relevant Rastafari teachings in his 20s.

“It gave a thread of meaning that connected and made sense of my life,” he says.

Although he is critical of much contemporary reggae music and people presenting themselves as Rastafari without understanding, Mr Tanczos is encouraged by the international Rastafari community becoming more organised.

“Bunny Wailer, one of the original three Wailers (alongside Bob Marley), is leading the project to protect Rastafari intellectual property, to stop it being exploited and to try to return some of the money being made off the back of the movement to the elders who began it,” he says. “Some reggae musicians are making megabucks while many of the elders are living in extreme poverty with barely enough to eat, no running water and no medical care.”

Waikato Museum Director Cherie Meecham says she is pleased Mr Tanczos made himself available for the public discussion.

“Nandor is very well-known across New Zealand and he’s also a very engaging and interesting speaker,” she says.

“One of the roles of any museum is to educate and enlighten its community and visitors, and Nandor’s talk will do exactly that.”

Mr Tanczos will speak at Waikato Museum, inside the exhibition area where the Bob Marley material is on display, on Friday 24 March, from 5.30pm. He will speak for about 40 minutes and take questions from the audience.

Waikato Museum’s Bob Marley exhibition, which displays a range of photographs and other memorabilia, closes on 2 April.